Commissioned by The Debating Natures Value Network and supported by Arts Council England.

The Flaming Rage Of The Sea explores the constructed and ever-changing landscape of the Cambridgeshire Fenlands, a region below sea level. It features choreographed stilt performers as apparitions of past farming practices done on stilts and was filmed at various locations in the Fens including Whittlesey Strawbear festival, The Great Fen and the Rothschild Bungalow.

The complex soundtrack is created from a seventeenth century drainage resistance poem ‘ The Powtes Complaint’, protesting the drainage of the Fens and a number of fenland phrases that have been transcribed into Anglo Saxon. This is all sung by the Cambridge Timeline choir and intercut with the oral histories of local people who have traditionally worked in synergy with the land; they share a body of knowledge that is close to dying out.

The poetic film offers alternative relational value systems to those that are driven by financial imperatives. Ancestral memory, and folk traditions are evoked to create a film that speaks of change, migration, imported technologies and the precariousness of raising sea levels.

The Flaming Rage Of The Sea, Video Link 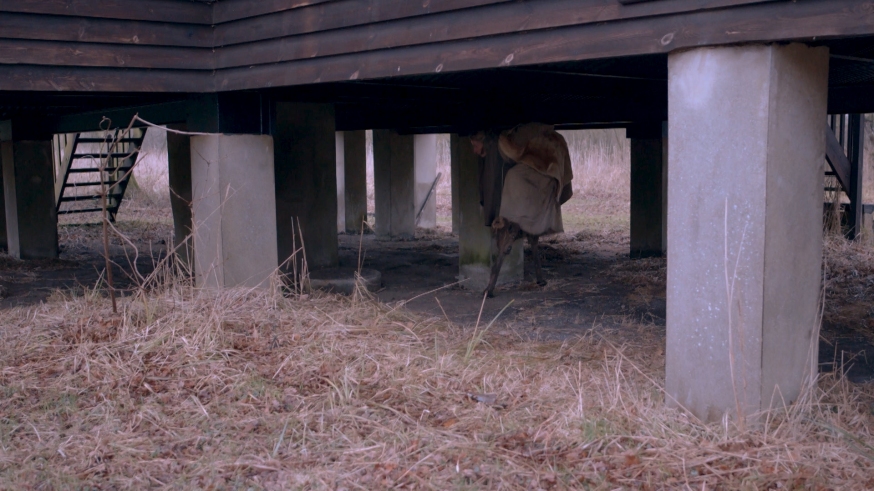 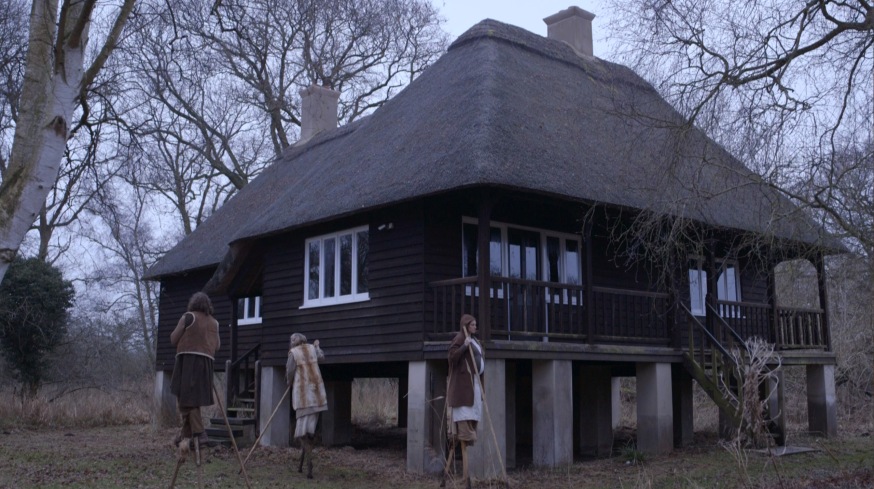